A new paper reports on a recent study of nine schools in Washington DC that gauged occupants’ perceptions. It has been estimated that more than half of U.S. public schools need renovations or modernizations to be considered in good overall condition. The cost of bringing those schools up to par, though, could total nearly $200 billion.

Cash-strapped school districts that don’t have the funds to fix everything are searching for answers about where infrastructure improvements will have the greatest positive impact on students’ ability to learn and faculty’s ability to teach.

During four consecutive weeks in February 2018, the Perkins Eastman study evaluated the level of satisfaction with Indoor Environmental Quality (IEQ)—daylight, thermal comfort, acoustics, and air quality—among occupants of nine elementary and middle public schools in the District: four that have been modernized within the last decade, and five that have had only minor improvements in the last 30 years.

The study intentionally excluded newly construction schools, and focused on younger students who are more vulnerable to environmental impacts because of their continued physical development and elevated respiratory rates.

Based on responses from four separate occupant questionnaires (whose response rate was 62% for students, 76% for faculty); on-site IEQ data collection using sensors, and school archival data on social influences, the paper reports that, in almost all IEQ factors, modernized schools saw improvements in both measured conditions and occupants’ satisfaction over non-modernized schools. 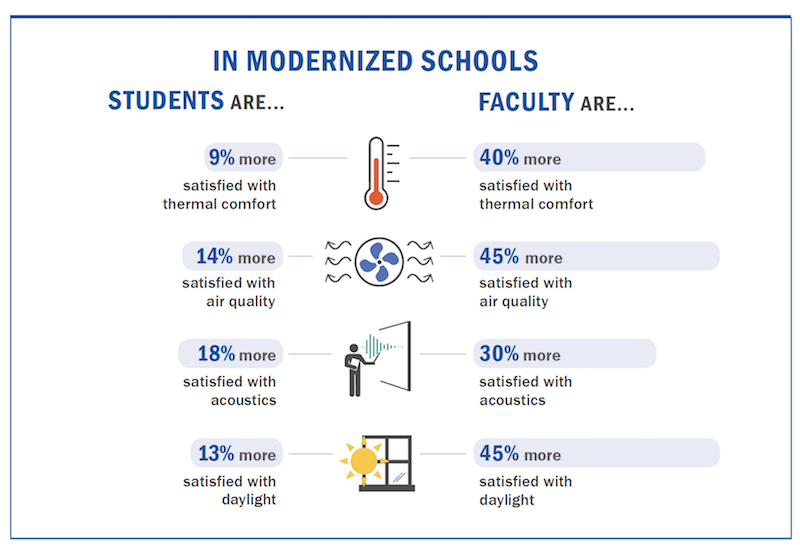 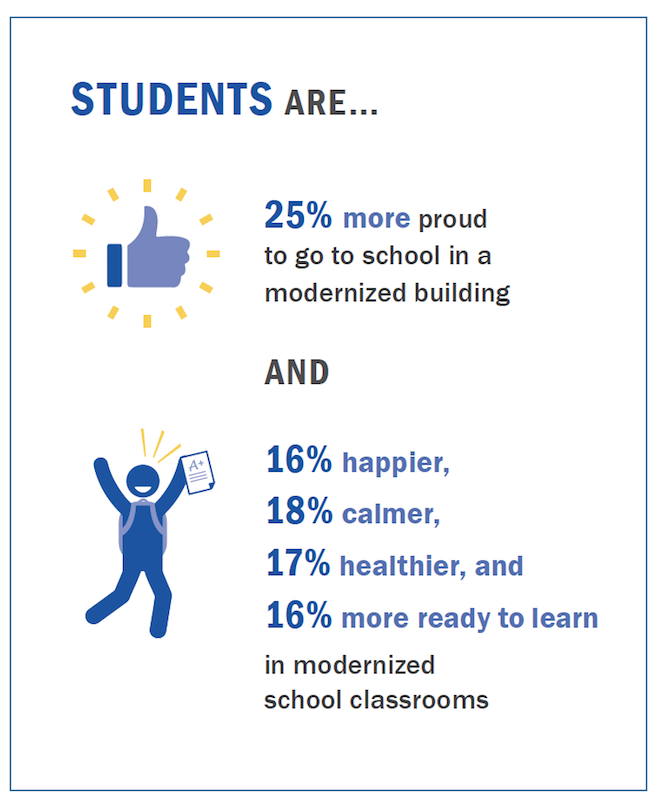 Not surprisingly, daylight figures prominently on occupants’ satisfaction ratings. Various past surveys have found that students in classrooms with windows perform 20% faster on math tests and 26% faster on reading tests than students in windowless classroom.

For the Perkins Eastman study, two measures of daylight quality were examined in each room in both the morning and the afternoon: First, how well the daylight gets distributed throughout the entire classroom was studied using a light meter; and, second, the presence of glare or overlit conditions within classrooms was analyzed using calibrated cameras.

The results showed that the evaluated schools were generally more likely to be underlit (35%) than overlit (5%). However, schools across the study were well lit on average, with about 60% of the studied floor area meeting but not exceeding the LEED requirements for daylight autonomy and glare. The evaluated modernized schools were found to have marginally more well-lit areas than non-modernized schools

To evaluate the impact of acoustics, the study used a decibel meter to measure ambient noise levels over time. Readings showed that sound levels were 11% lower in modernized schools than in non-modernized ones. These readings likely indicate that modernizations lead to lower background noise levels due to improvements made to the mechanical systems and the building envelope to prevent infiltration of exterior noise.

However, when studying noise levels in occupied classrooms, the results showed high levels in all schools studied, regardless of whether they were recently modernized or not. These data reflect the dissatisfaction in the questionnaire responses that was found across the board with acoustics, and might indicate an issue that needs to be better addressed in modernization projects. 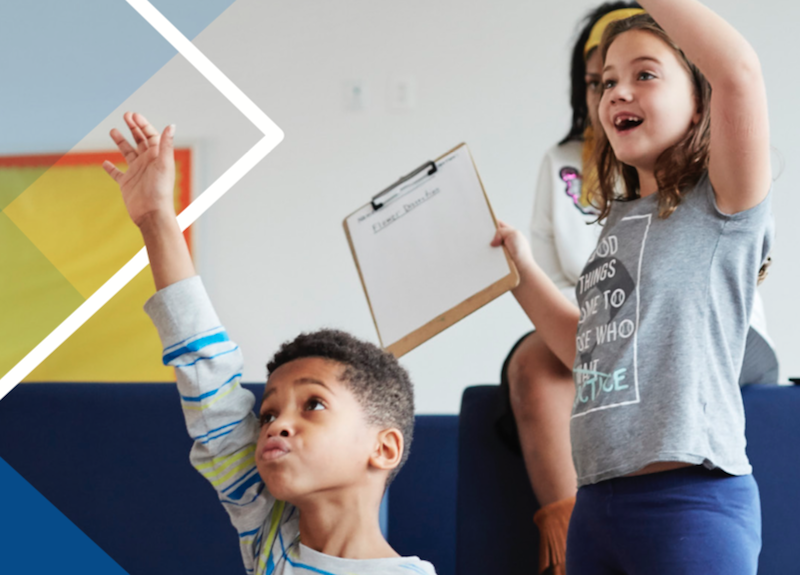 The amount of light in classrooms has a measurable impact on occupants' perceptions of their environment and ability to learn. Image: Perkins Eastman

To assess air quality, the study used a CO2 sensor to measure the effectiveness of ventilation. In the modernized schools, the results indicate that the median CO2 levels when occupied were 25% lower than in non-modernized schools.

Lastly, this study used sensors and thermal cameras to track two aspects impacting thermal comfort: temperature of the classroom environments and thermal bridging of the building envelope. Temperatures within the evaluated modernized schools fell within ASHRAE’s comfort zone range of 68 to 75 degrees F 84% of the time. Non-modernized school fell within that range only 42% of the time

The peak temperatures of modernized schools were 4 degrees F lower than non-modernized schools, which the study found were overheated during winter months, peaking at 81 degrees F. “The non-modernized buildings may have less ability to control or deliver the appropriate amount of heat to an individual classroom space, resulting in overheating during the winter,” the paper suggests.

G70 is the architect, planner, and civil engineer of record for the project.

The design and construction of a 270,000-sf elementary school in Cambridge, Mass., are guided by that city's net zero energy goals. Image: William Rawn Associates.

The building’s programming will provide more access to the community at large.

​View from classrooms (Building A) to learning platforms and play area at the Awty International School in Houston. Photo: Shepley Bulfinch